home › In Defense of Inconvenient Truths about Vinyl Siding
Posted on March 3, 2016
by Fernando Pages Ruiz 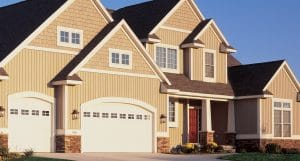 A recent blog of mine, “The Counterintuitive Cladding,” discussed the “green” bona fides of vinyl siding. The blog struck a variety of nerves, including from those who mistook an obvious opinion piece for a poorly written scientific paper.

That said, my blog was not based on fantasy. It was based on decades of home construction experience as well as science, which defines what we believe today as much as religion did in the past. Unfortunately, science does not always confirm what we want to believe, and is not so easily interpreted to suit our biases. Just ask climate change deniers.

I’ve had to vigorously defend my projects from criticism before – not just for vinyl siding, but for other green technologies such as advanced framing and frost-protected shallow foundations. In the process, I learned a lot about these technologies and I am a much better builder for it, so I welcome the opportunity to engage in rigorous debate. I know that many of the vinyl siding critics won’t be swayed, but for those with open minds and an interest in facts, please consider the facts that follow.

Several readers cited LEED to confirm their negative attitude toward vinyl siding. The USGBC’s “Assessment of Technical Basis for a PVC-Related Materials Credit in LEED” report was broad and made many claims. Overall, the report embraced the Life Cycle Assessment approach.

According to life cycle models, such as BEES (Building for Environmental and Economic Sustainability, which was developed by the National Institute of Standards and Technology as a way to compare building products from a life-cycle perspective), vinyl siding proved to have a lower environmental impact than most other claddings except wood. But to have a lower impact, wood must remain unfinished. That means no stain and no paint, which is hardly realistic.

On pages 58-59, the USGBC report makes the following claims about vinyl siding: “In terms of the relative performance of the different material options, the following general conclusions can be drawn. First, wood siding performs quite well; its maximum values are typically below the maxima for all other material options for most impact categories, and the midrange of its values is often the lowest of the four materials’ midrange values. Note that an important caveat is our assumption of no painting to the wood siding.

Note that the BEES analysis cited in my report was based on publicly available data submitted by individual companies; however, the fiber cement industry did not cooperate, hence the need for assumptions. I like fiber cement for certain applications and have used it, but it’s not a better environmental option than vinyl siding. Science says so.

In the report’s Conclusions and Recommendations (page 98), the USGBC writers state: “Therefore, the current body of knowledge as analyzed in this report in Section 3 as it relates to the Task Group’s charge from TSAC does not support a credit in the LEED rating system for eliminating PVC or any particular material. Further, with respect to a PVC-related credit, the available evidence indicates that for some product categories, such a simple credit could steer designers to use materials which performed worse over their life cycles with respect to the bulk of the impact categories” — such as fiber cement.

Getting credit for using vinyl siding

The most popular rating systems in the residential market are LEED and the ICC 700. Both give credit for the use of EPDs (or LCA information).

In addition, the ICC 700 gives credit for products that do not require on-site finishing, recycled content, termite resistance — meaning they both give credits for vinyl siding. I know this because I have taken advantage of it.

On the other hand, the Living Building Challenge created a red list against PVC (which the USGBC recommended not doing in their report).

Overall, the concepts of the Living Building Challenge are beautiful, and I have written very positively about the program, but it is not among the most influential rating systems, was not developed under any type of consensus or ANSI process, and, as far as I know, it is the only one with a proscription against the use of vinyl siding.

A few readers referred to manufacturing impacts, specifically referring to dioxin. I wonder if any of you have been to a vinyl plant. I have, and also to paper mills, brick factories and lumber mills. The vinyl plants are much cleaner, and have no perceptible impact on the surrounding environment or residential community. By comparison to brick factories, lumber mills and I am told fiber cement plants, vinyl is a clean technology.

But I cite the Environmental Protection Administration’s words in support of my experience:

“Dioxin levels in the environment have declined significantly since the 1970s, following EPA regulatory controls and industry actions. EPA’s best estimates of emissions from sources that can be reasonably quantified indicate that dioxin emissions in the United States decreased by about 80 percent between 1987 and 1995, primarily due to reductions in air emissions from municipal and medical waste incinerators, and substantial further declines continue to be documented.” (“Dioxin: Summary of the Dioxin Reassessment Science,” Information Sheet 1, U.S. EPA, June 12, 2000.)

“As a result of EPA’s efforts, along with efforts by state government and private industry, known industrial emissions in the United States will be reduced by more than 90 percent from 1980 levels within the next year or so.” (“Questions and Answers about Dioxin,” Interagency Working Group on Dioxin, July 2000).

The warnings on phthalates were rebutted by other readers, but it pays to reiterate that vinyl siding is rigid PVC, which does not contain phthalates.

Here again, intuition is a poor substitute for knowledge. It would seem that vinyl siding would be highly flammable, but in fact it’s not.

Composed mainly of polyvinyl chloride (PVC), vinyl siding’s chlorine base makes it harder to ignite and easier to extinguish. PVC won’t ignite, even from another flame, until it reaches about 730°F (387°C), and won’t self-ignite until about 850°F (454°C). Those ignition temperatures are significantly higher than common framing lumber, which ignites from a flame at 500°F (260°C) and self-ignites at 770°F (410°C). This, in part, explains why most vinyl siding can meet the stringent flame requirements for fire safety required by the International Building Code (which is adopted by every state). In addition, some vinyl siding is allowed to be used on ASTM E119 fire rated assemblies, because it does not contribute to the growth of the fire.

Vinyl siding opponents often claim that the siding will smoke when burning and that the vapors are highly toxic. Even if you have a fire lapping at the siding at the nearly 700°F you would need for vinyl to burn, the toxic potency of vinyl would not be considered to be any different from that of wood when burning, since all burning materials release highly toxic smoke.

The most important toxic product in any fire is carbon monoxide (CO), which is produced by all organic compounds as they burn. Vinyl releases less CO than most wood products, and as such its contribution to overall toxicity in a house fire is negligible (according to NIST Radiant Toxicity Test Results).

Of course, all of this only matters if you install vinyl siding on interior walls. On exterior walls the net toxicity of vinyl siding in a fire is virtually zero. To get into the science, I refer you to a commonly referenced authoritative document on the subject, Casarett & Doull’s “Toxicology – The Basic Science of Poisons.”

While I hope I’ve soothed some of the nerves jangled by my previous post by presenting additional facts and citations, I know that misperceptions run deep and minds are frustratingly hard to change. I imagine that’s why Mark Twain said, “Never let facts get in the way of a good story.” 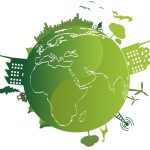 The Birds and the BEES of Vinyl Siding’s Sustainable Benefits 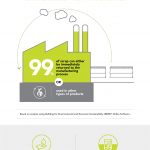 Inspiration Right Around the Corner A Truly Sustainable Choice 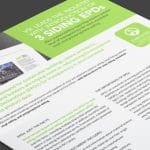