Typically during the early stages of planning or land development, a developer (or builder) will meet with the local government “planners,” whose role is to ensure the right type of development is being proposed. In the past, planners would simply approve the developments based on density and use.

However, as a consequence of the “sprawl decades,” local planners and decision-makers pushed back. Hard. Local government officials around the country were suddenly controlling landscaping, the size of a window, the size of porch, the size of garage and what type of material must be used to clad a house. How did the government usurp the role of the material specifier? Most would agree that material specification should be left to the consumer.

After two decades of increasing overreach, free market choice is making a comeback. In June 2015, landmark legislation was passed in North Carolina on this issue that clarified what local governments could and couldn’t do.  This legislation, SB 25: NC Senate Bill Zoning/Design & Aesthetic Controls, provides a clear line between government control and the free market choice.

SB 25 is now being used as a model for other states to help clarify consumer choice for residential development. Over the past several years, Indiana, Georgia, and Tennessee have considered similar legislation to combat overreaching local government controls in their states.

Have you experienced this issue where you are? Consider how your state constitution is set up; in some cases your state may already prohibit local governments from enacting design ordinances. In North Carolina, the legislation further clarified what the state already dictated – local governments should never have been exercising such controls to begin with.

Of course we need to act locally, too, aside from legislative framework.  We need to keep in mind the construction industry is a puzzle in which our industry must be an important piece – if we know and are able to communicate where we fit.

Aside from state laws, we still need to continuously educate these Planners (and Developers) at the local level. This needs to become part of our business model.

Here’s how we can fit into the local construction puzzle:

You are not in this alone. VSI can provide state and local resources whether pushing for state clarification through legislation or helping local planning departments understand the important role of market demands. The balance between the free market and sprawl is difficult, but it can be achieved by understanding consumer choice and housing affordability are the most important drivers for a healthy housing market.

Be An Advocate, Take a Stand 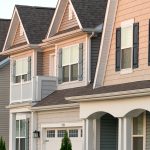