Home › The COVID-19 Journey So Far

The COVID-19 Journey So Far

What do toilet paper, frozen meat and pajamas have in common? Pre-COVID-19, this would seem like the start of another one of the bad dad jokes my kids always complain about. But we all know the answer — items that are out of stock due to the COVID scare. The first two are hoarding overreactions in response to the news, while the pajamas are a comfort thing since no one is venturing out these days.

As Interrupt has written frequent updates over the last eight-plus weeks, a lot has happened and the information has shifted, almost daily. We’ve gone from once thinking the virus would probably not impact many businesses beyond airlines (with no thoughts of impact to our industry) to OMG…how bad will it get and when the hell will this thing actually end?

I’ll let the pundits argue about medical stats and preparedness. What I will share are some of the impacts to the economy and our industry as this COVID journey has taken place over the last two months, which at times can feel more like two years.

December 2019 was a strong month for new construction contracts and remodeling activity. January and February 2020 continued nearly record months for both sectors. The industry was humming, and consumer, builder and contractor sentiment was very promising. 2020 looked like it could be the year to really gain momentum and finally start offsetting the 2008-09 housing debacle.

Then, word of some strange virus hit in late January. There was not much news coverage of it until early February. By early March, it got more people’s attention, and everyone was interested because it was starting to make frequent news and potentially have some slight infringement on our daily lives.

Infringe it did – in mid-March, the start of a new reality set in. We understood that we were going to be impacted personally, and our industry would also be affected on a wider scale. However, numerous economists forecasted a quick recovery (fast V curve) to begin in Q4 2020. While Q2 would be bad, maybe even really bad, the rest of the year would bounce back. It was forecasted that new home starts will only fall 5-7% year over year, and unemployment might hit 7%. However, soon things seemed to spin out of control as we settled in – and re-settled in constantly – for a new level of chaos.

Unemployment has been the driver. Economists have shown that housing starts nearly perfectly mirror the unemployment rate. Pre-COVID, the unemployment rate nationwide was 3.5%. In early and mid-March, we saw layoffs as a precautionary measure by some companies, spiking our unemployment rate to a whopping 4.5%. We had constant reminders that the great recession of 2008 got to 10% for a couple weeks, but this one “shouldn’t be that bad.” A couple weeks later, we had over three million people per week filing, and we hit 10 million for the month, putting us at a 10% rate with no end in sight.

Confusion was also at an all-time high for our industry. Some states communicated clearly that construction was still essential, a few said only medical entities and food stores were essential, and numerous states didn’t provide a point of view or orders on construction for weeks.

Due to all of the mixed messages, many construction companies didn’t know how to proceed. As consumers learned more and were told to stay home, they didn’t want anyone in or even outside their homes, forcing R&R to decline while new construction (no homeowner interaction needed) was relatively holding its own (until buyers started to cancel contracts because fear of not knowing about their jobs).

Soon it became obvious that this was going to have a huge impact on our industry, even with many states deeming construction essential. By April, nearly 30 million or 10% of the U.S. workforce was unemployed, driving unemployment to nearly 12-14%. Over 90% of people were ordered to stay home and 95% of stores were ordered closed. People hunkered down not only in their homes but also in regard to their bank accounts. Spending stopped except for food and alcohol and DIY projects.

May Brings a Sliver of Sunshine

While today the unemployment rate is over 25% if you assume furloughs don’t come back, or 14.5% if at least 30% of them do, consumer sentiment and spending are ever so slightly positive.

Consumers are doing 30-40% more DIY home improvement projects while confined at home, helping box retailers to achieve historical comp store increases. States are re-opening, consumers are heading out cautiously, and contractors are getting back to work on jobsites and slowly back to R&R work. Stay at home has helped put focus on improving the home.

The journey has been long so far, we probably hit rock bottom and we are now on our way up. Business and consumer health in the reopening phase of May and June will be very telling for the length and momentum of the rebound.

Where there is change there is always opportunity. Companies that invest (now, while it’s slow) in the right resources and innovation will put themselves ahead. And leveraging the new reality of how consumers, trade and your employees will engage will be critical. 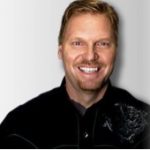 Bill Rossiter, CEO & Principal, Interrupt, is a 35-year veteran of the building materials industry, starting by working with a remodeling contractor to put himself through college. He attended the University of Notre Dame Business School with a focus on marketing. After graduating, he spent 21 years with Owens Corning in sales, marketing, operations and general management roles.

Bill then went into entrepreneurship, developing his company Interrupt that has become the top strategic branding firm in the building products industry. He spends time with the senior leadership of his Fortune 1000 clients helping them navigate the momentum of change to find a path to outperform the overall industry.

He is an author of two books; DIVERGE – Stand Out in the Sea of Sameness and CREATING A KILLER CX. His books are utilized by companies in the industry as well as at the University of Notre Dame and University of Dayton where he is an adjunct professor in their Business and MBA schools. His personal brand is “Mentorship,” demonstrated through his commitment to community enhancement efforts, guest lecturing at Universities, mentor younger people in the industry, as well as opening his home as a foster family to over 34 children over the last 12 years.